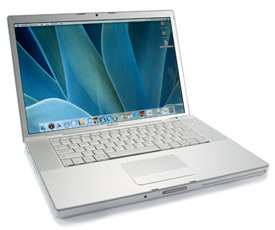 A class action suit against Apple Inc. has been brought to the California Superior Court. Whether they win or not is irrelevant to those outside the courts jurisdiction. PR wise Apple has to make a move. This could tarnish their reputation for excellence, which in my mind was always debatable. Apple will now probably fix the dithering problem which will help most of those affected. In fact dithering can work surprisingly well when implemented right. In fact if they hadn’t dropped the ball on the dithering this suit would be much harder to pursue.

I’m not too hard done by because I rarely use the laptop display. However, I can imagine professional photographers needing to check there ‘snaps’ before transmitting them to the publisher. Good luck with that. Not everybody has this problem, some do have 8bit displays. I just wonder how many, and can you prevent getting such a machine? If you are buying a mac you can always beg for more colour like you’re in a Dickens novel. They’ll probably not laugh at you but you will leave empty handed.

Update: For this post I did some digging around and I found that I have one of the screen models (9C60) mentioned in some of the forums that state to be 6bit. After posting I found a reasonably easy test to actually see the negative effect of 6bits per channel.  You don’t see an actual strait line separation between colour tones but the 6bit display makes those lines fuzzy by randomly zigzagging the color tone divide. Zoom in (control scroll wheel) and the zigzag becomes clear as day. Ultimate proof, I have a 6 bit display in a MacBook Pro (2.33).